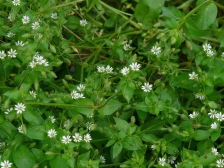 November is the start of the quiet time of the year for outdoor work on the Go Local Food fields. Ian, the grower, was caught weeding chickweed out of the beds in the poly tunnels recently as this was the most urgent job that could be done with the weather not being co-operative outside. The weather doesn’t seem to bother chickweed and it can quite happily sit in place over the late autumn and winter ready to spring into action as soon as there is the sign of the growing season returning.

Other jobs for the week include removing dead and dying leaves from brassicas – in particular this helps to allow the air to circulate around the Brussels sprouts and stops the development of mildew. Ian and myself are of the school that definitely believes in removing these leaves and picking sprouts from the bottom of the stalk to allow those at the top to develop.This means a longer picking period and more sprouts in the crop shares. It’s the way we’ve been taught.

Ian and I had a learned discussion on how to grow parsnips. It’s been an odd year for the parsnip crop with many growers finding the crop not to be the most cooperative; even Ian’s father has put in a theory as to the best way to grow them. No conclusion has been reached yet for many bigger and better parsnips next year.